Yesterday during a virtual session at Abu Dhabi Sustainability Week, Her Excellency Dr. Shaikha Salem Al Dhaheri, Secretary General of the Environment Agency – Abu Dhabi (EAD) stressed on the importance of conservation of the environment and sequestering carbon to achieve sustainable development. 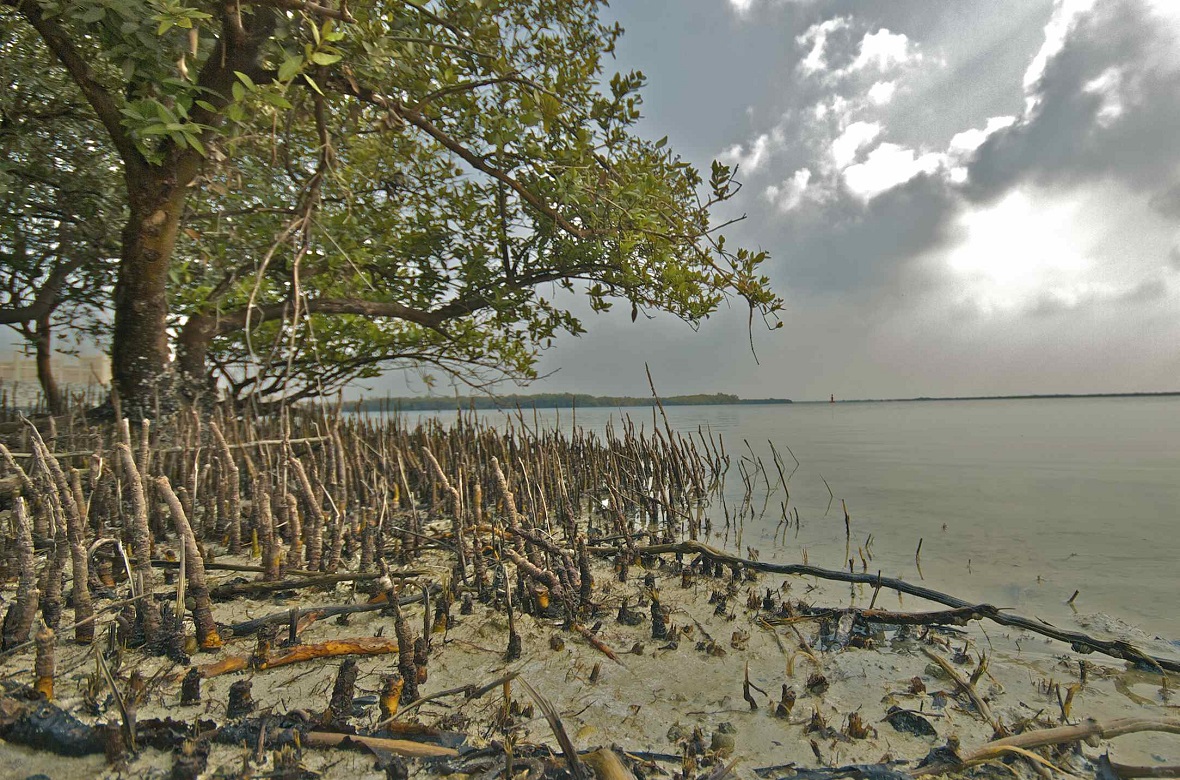 During her video she shared insights and examples of initiatives and projects undertaken by EAD to help preserve mangroves to combat climate change.

She said: “One major programme we have worked on at EAD is the Blue Carbon Project. Blue Carbon refers to the ability of coastal vegetation to store carbon. Blue carbon ecosystems, which include mangrove forests, saltmarshes, and seagrass beds, store and sequester carbon in biomass and sediments.

If these ecosystems are destroyed, buried carbon can be released into the atmosphere as carbon dioxide, contributing to climate change and ocean acidification. This means we should strive to always keep these ecosystems intact.”

She added: “The UAE was one of the first countries to recognize the importance of coastal habitats, and mangrove restoration and conservation efforts have been implemented since the 1970s.

“This national affinity to the sea led to the initiation of the Abu Dhabi Blue Carbon Demonstration Project in 2012, which was led by the Abu Dhabi Global Environmental Data Initiative (AGEDI) together with EAD and illustrated the full potential of coastal ecosystems in Abu Dhabi.

‘‘The success of the project prompted the initiation of Phase II, known as the National Blue Carbon Project in 2015, which extended the understanding and valuation aspects of coastal Blue Carbon ecosystem services, particularly in mangroves, in the Northern and Eastern regions of the UAE.”

She concluded: “More recently, the UAE Mangroves Annual Carbon Sequestration trial study was completed to assess soil carbon sequestration rates of UAE mangroves. The study found that the mangroves of the UAE sequester carbon at a rate of 0.5 tons per hectare per year, in addition to the carbon stocks stored within mangrove tree biomass. These rates are far higher compared to terrestrial soils of arid regions and other reported mangrove soil carbon sequestration rates around the Arabian Peninsula.”

Abu Dhabi Sustainability Week (ADSW) is a global platform for accelerating the world’s sustainable development. Since its inception in 2008, ADSW has focused on delivering action across three principles: Global Collaboration & Leadership, Economic Development, and Technology & Innovation.

The platform brings together a unique fusion of policy makers, industry specialists, technology pioneers and the next generation of sustainability leaders.