While Abu Dhabi is mostly known for its desert, the environment here is so much more than that.

Abu Dhabi has one of the most unique and diverse natural geographies in the world, including everything from majestic mountains to rocky wadis and grassy oases.

It is also home to the world’s only complete coastal salt flat (sabkha) and our vast mangroves are key to the thriving biodiversity that brings life to our surroundings.

These species are well protected under our Sheikh Zayed Protected Areas Network.

We’re also making new discoveries all the time. The Spider Hunting Wasp was recorded at Al Wathba Wetland Reserve, and we’ve had rare sightings of the Indian Crested Porcupine, the Rüppell’s Fox and the Arabian Sand Cat.

As part of our mandate, we ensure effective and evidence-based planning and regulation for Abu Dhabi’s biodiversity. 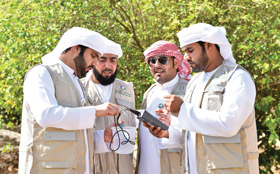 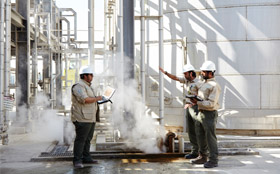