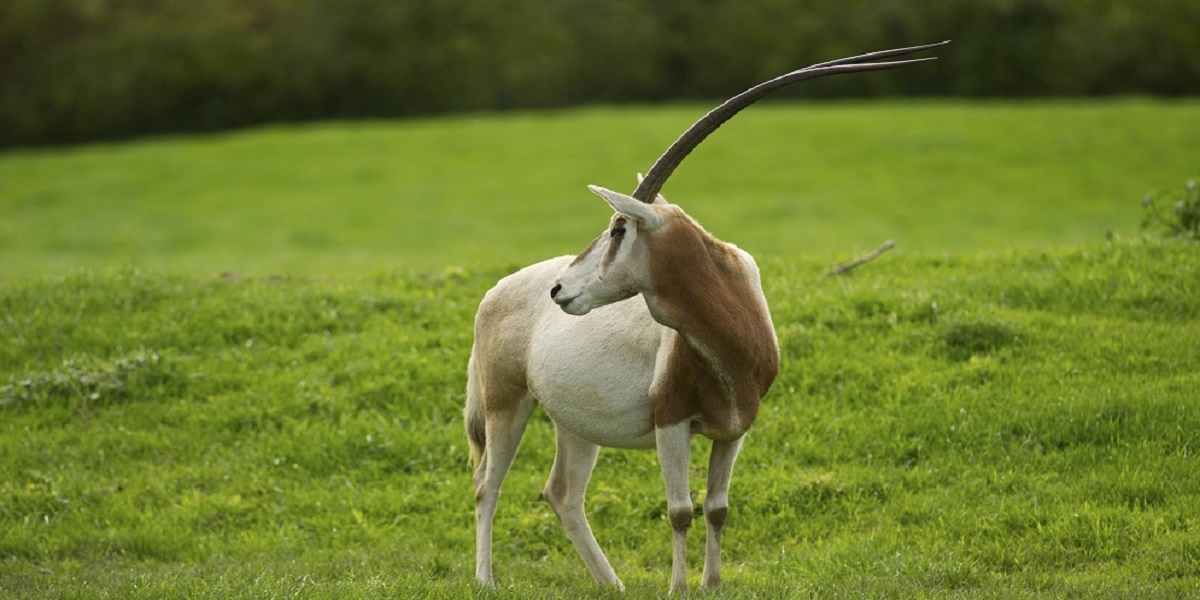 Bu Harab – Not a local species

Extinct in the wild.

Larger than the Arabian Oryx, the Scimitar-horned Oryx is a mammal weighing between 90 and 210 kg. It has a white coat with a red-brown chest, a black forehead and nose markings.

Overhunting and habitat loss, including competition with domestic livestock. They have also have been hunted for their horns, hide and meat.

Where they're found today

The Scimitar- horned Oryx, previously extinct in the wild, can be found today roaming in the Ouadi Rimé-Ouadi Achim Game Reserve in Chad, Africa.

Our Scimitar-horned Oryx Reintroduction Programme is possibly the world's most ambitious large mammal reintroduction programme and a huge step in the field of conservation. This initiative aims to create a healthy and viable population of up to 500 Scimitar-horned Oryx in an isolated natural reserve within the Ouadi Rimé-Ouadi Achim Game Reserve in Chad. The programme was inspired by the late Sheikh Zayed bin Sultan Al Nahyan, Founder of the UAE, and his legacy and efforts to protect endangered species and rehabilitate them in their natural habitat. In 2016, 25 years after the species was driven to extinction, EAD released the Scimitar-horned Oryx in their natural habitat in Chad. The programme was a global effort with our partners, the government of Chad, the Sahara Conservation Fund (SCF), the Smithsonian Conservation Biology Institute (SCBI), the Royal Zoological Society of Scotland (RZSS), the Zoological Society of London (ZSL), Fossil Rim Wildlife Centre and Marwell Wildlife UK.