Syedna Mufaddal Saifuddin, demonstrated his support for the Abu Dhabi Mangrove Initiative in a gesture that will see over 10,000 new mangrove saplings planted 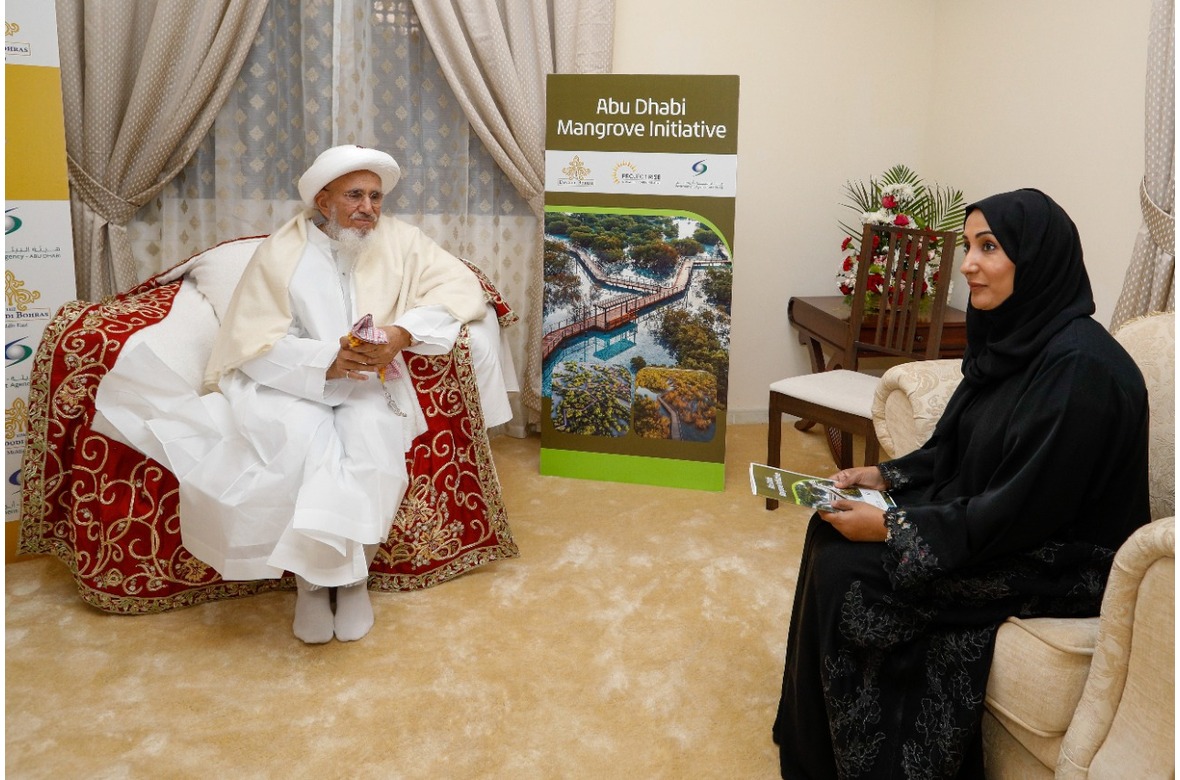 Abu Dhabi, 9th December 2022: During his ongoing visit to Abu Dhabi, the leader of the Dawoodi Bohra community, Syedna Mufaddal Saifuddin, demonstrated his support for the Abu Dhabi Mangrove Initiative in a gesture that will see over 10,000 new mangrove saplings planted, with the aim of increasing the emirate’s total mangrove coverage.

Ahmed Alhashmi, Executive Director - Terrestrial and Marine Biodiversity Sector at the Environment Agency – Abu Dhabi (EAD), said: “Abu Dhabi is eager to use nature-based solutions to mitigate and adapt to fight the effects of climate change, and the Abu Dhabi Mangrove Initiative is one part of the journey toward strengthening that vision. We’re grateful to the Dawoodi Bohra community for their environmental action in supporting the nation’s mangrove conservation and carbon sequestration project.”

Murtaza Poonawala, the programme coordinator from the Dawoodi Bohras of Abu Dhabi said: “Protecting and enhancing the mangrove cover plays a vital role in mitigating climate change. Among a number of other critical functions, mangroves are exceptionally effective in capturing and storing carbon. They also provide a natural habitat for a wide variety of wildlife.”

During COP26 in Glasgow, the UAE announced a nationwide mission to plant 100 million mangroves by 2030 to expand mangrove forest cover within the emirate and restore damaged areas. Additionally, in February of this year, Abu Dhabi set out ambitious plans to establish the emirate as a global hub for research and innovation in support of conservation through the Abu Dhabi Mangrove Initiative. This was announced during His Highness Sheikh Khaled bin Mohamed bin Zayed Al Nahyan, member of the Abu Dhabi Executive Council and Chairman of the Abu Dhabi Executive Office, meeting with HRH Prince William, the Duke of Cambridge during his landmark visit to the UAE. This initiative is an extension of the Blue Carbon project, focusing on the importance of mangroves and their role in combatting climate change through carbon sequestration.

The Dawoodi Bohra community has undertaken several sustained initiatives, including neighborhood clean-ups and waste management programmes in the region, with the aim of enhancing and improving the climate environment of the UAE.