His Excellency Lieutenant General Dhahi Khalfan Tamim, Deputy Chairman of Police and Public Security in Dubai, visited a number of nature reserves and environmentally important sites in the Emirate of Abu Dhabi during a series of tours organised by the Environment Agency - Abu Dhabi (EAD). His Excellency and his accompanying delegation learned about the best practices implemented by EAD to protect Abu Dhabi's environment and its rich biodiversity. 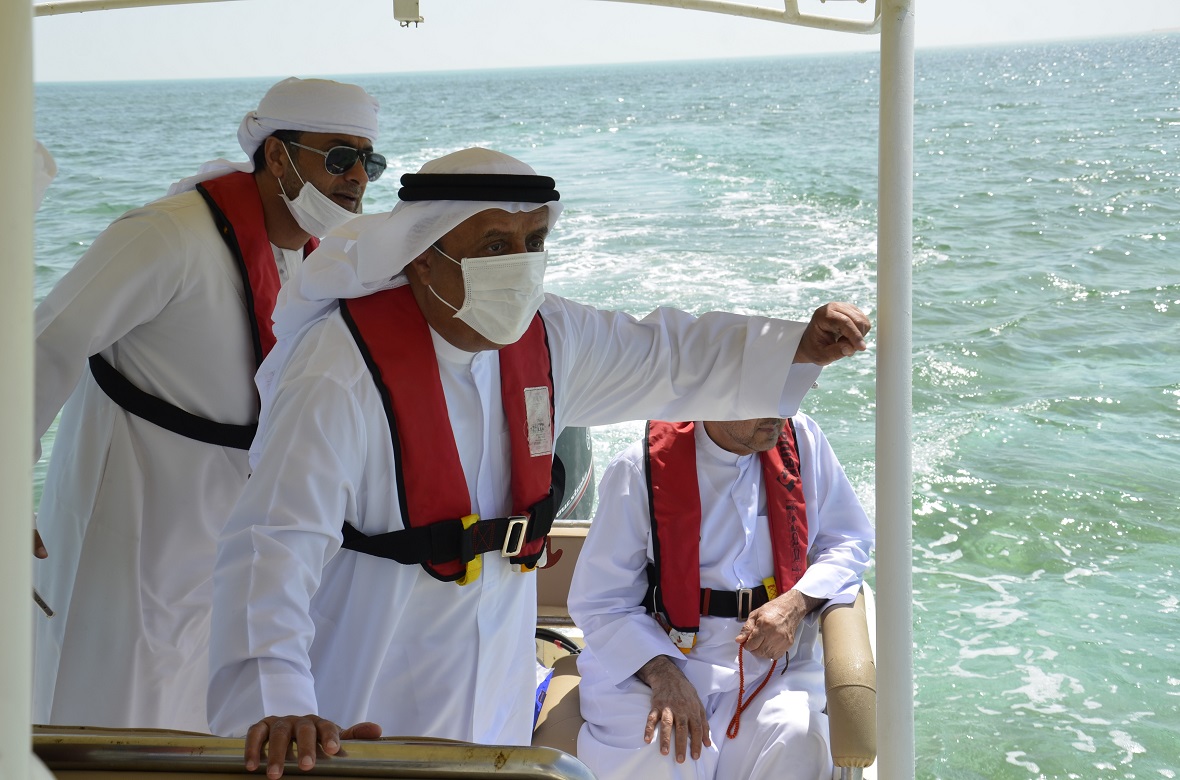 Abu Dhabi, March 31, 2021: His Excellency Lieutenant General Dhahi Khalfan Tamim, Deputy Chairman of Police and Public Security in Dubai, visited a number of nature reserves and environmentally important sites in the Emirate of Abu Dhabi during a series of tours organised by the Environment Agency - Abu Dhabi (EAD). His Excellency and his accompanying delegation learned about the best practices implemented by EAD to protect Abu Dhabi's environment and its rich biodiversity.

The Network, which is managed by EAD, includes 19 terrestrial and marine areas, and includes a wide range of vital terrestrial and marine species of significant national and regional environmental importance. The Emirate of Abu Dhabi is ranked top regionally, and tenth internationally, in terms of the area of natural reserves in relation to the number of inhabitants, according to regional and global comparisons.

During the tour, H.E. Dhahi Khalfan visited Bu Tinah Island, which covers around 4,000 square kilometers, and is considered a core area of Marawah Marine Biosphere Reserve. The Island is the first and largest UNESCO Man and Biosphere (MAB) marine site in the region and was nominated as one of the 10 important Marine Turtles sites of the Indian Ocean – South East Asian Region.

Marawah Reserve, one of the protected areas managed by EAD under the Zayed Protected Areas Network, hosts 60 per cent of the world’s second-largest dugong population and is home to critically endangered Hawksbill turtles. The site is also home to many critical marine habitats in Abu Dhabi Emirate such as seagrass meadows, coral reefs, mangroves and tidal flats.

The reserve provides refuge to more than 5,000 sea turtles and more than 700 dolphins, most of which live in marine protected areas, and includes the largest group of Indian Ocean humpback dolphins in the world.

H.E. Dhahi Khalfan also met with EAD's rangers and was briefed on the agency's role in monitoring biodiversity, the emirate's ecosystems, species and environmental indicators – all based on the best modern technologies and innovative solutions.

H.E. Dhahi Khalfan's tour also included a visit to the "Abu Dhabi Pearls" project site in the Al Dhafra region, which has been under EAD management since 2007. The project aims to cultivate local oysters in the waters of the Arabian Gulf in a sustainable manner to produce high quality pearls.

During the visit, His Excellency was acquainted with the most important stages of pearl production and the most important achievements. Throughout his tour in the mini exhibition, he also learned about the stages of oyster cultivation, the tools and techniques used, and viewed a presentation of the oyster pollination process.

His Excellency also toured the oyster beds by boat, providing insight into the process of harvesting oysters and extracting pearls as well as the method of classifying pearls after harvesting. The "Abu Dhabi Pearl" project produces the finest types of pearls, having been independently examined at international laboratories specialising in gemstones.

H.E. Dhahi Khalfan's tour also included a visit to Sir Bani Yas Island – the largest island off the coast of Abu Dhabi – and the former private island of the late Sheikh Zayed bin Sultan Al Nahyan, the founder of the UAE. Thanks to decades of conservation work, it is now home to thousands of large free-roaming animals such as the Arabian Oryx, ostrich, gazelle, deer, giraffes, dolphins, and several million trees and plants. Containing a bird sanctuary as well as a wildlife reserve, Sir Bani Yas, offers a superb location in which to experience nature through a variety of activities.

At the end of the visit, His Excellency praised the role played by the Emirate of Abu Dhabi and EAD in protecting the environment, promoting ecotourism and managing natural reserves. He expressed his happiness at learning about the rich biodiversity that characterises the Emirate of Abu Dhabi, which is of special regional and global importance.
His Excellency also called on the public to get acquainted with Abu Dhabi’s key nature and tourism sites, and to learn about the emirate’s beautiful nature, geography and heritage. He encouraged everyone to tour the country and to visit the unique landmarks and various distinctive environmental destinations.